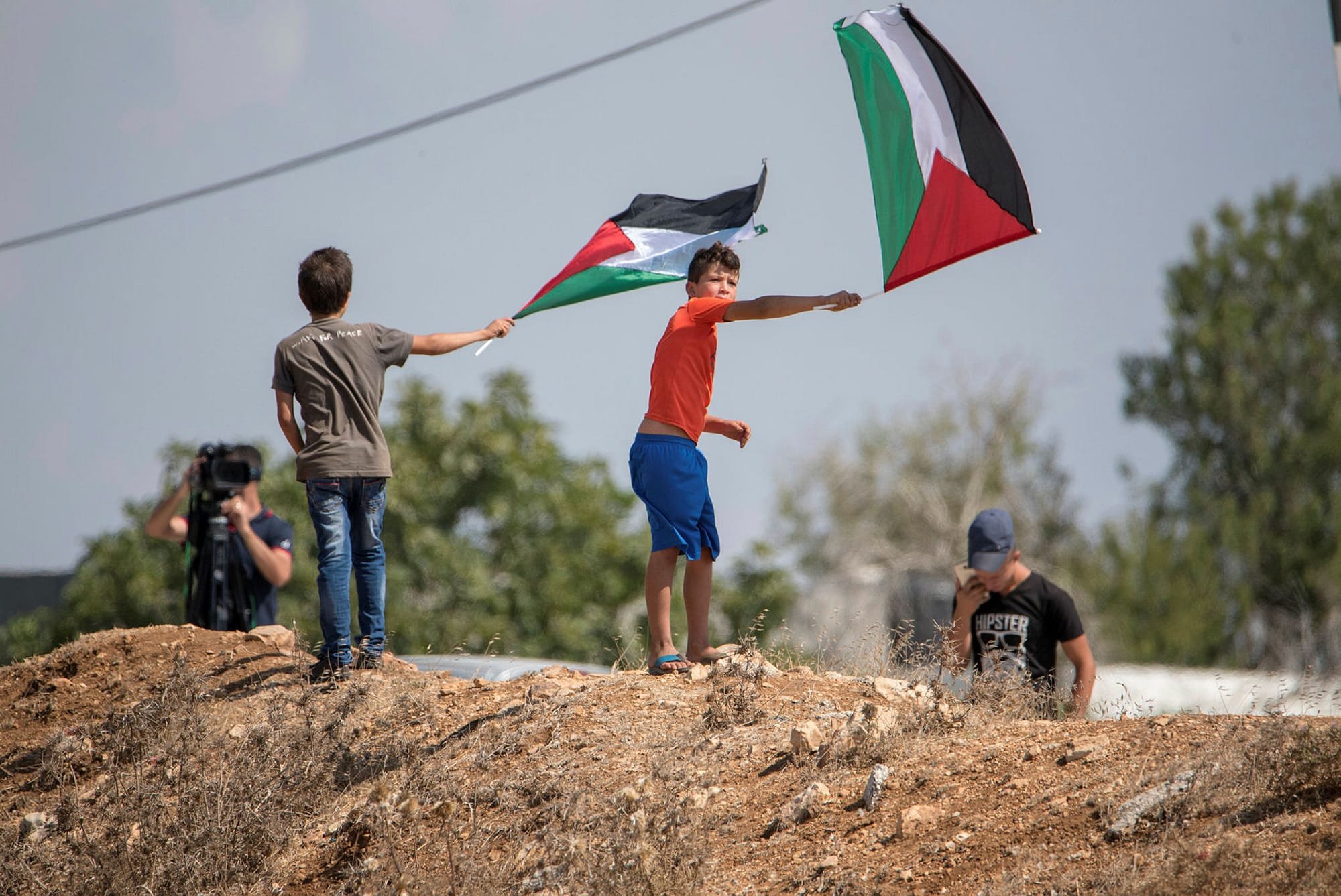 A cross-party group of over 20 Members of the European Parliament (MEP) from 15 countries have urged the European Union to partially withhold funding to the Palestinian Authority (PA) until Ramallah ends its anti-Semitic incitement in school textbooks.

Citing the most recent research by IMPACT-se organization, MEPs associated with the Transatlantic Friends of Israel (TFI) interparliamentary group also asked the EU executive branch in an open letter to discontinue its collaboration with the Georg Eckert Institute.

The Germany-based institute was tasked in 2019 with analyzing the Palestinian textbooks but a presentation of its interim report has revealed a series of grave professional errors.

The report erroneously praised the PA for supposed improvements in peace and tolerance due to the mistaken inclusion of Israeli Jerusalem Municipality textbooks in the report, wrongly understood by the researchers as being PA textbooks.

The introductory review, also carried out by the Georg Eckert Institute, was plagued with Arabic translation errors and indicated a miscomprehension of Palestinian culture.

The legislators referenced the IMPACT-se report in the letter stating that PA textbooks “are replete with troubling insertions of anti-Semitic content and imagery, hate speech and incitement to violence, martyrdom, and jihad across all grades and subjects. These textbooks are drafted and taught by education sector civil servants and teachers whose salaries are financed through the EU’s PEGASE instrument. They violate each of the UNESCO standards for peace, tolerance and co-existence in school education. In the interests of advancing peace and putting an end to harmful incitement, we suggest that the Commission put a 5% reserve on funding for the Palestinians until such time that it makes substantive positive changes to the textbooks.”

Austrian MEP Lukas Mandl, the TFI chair in the European Parliament who sent the letter on Wednesday to the EU’s foreign policy chief Josep Borrell and Neighborhood Commissioner Olivér Várhelyi, stated that “it’s unacceptable that the EU is funding Palestinian textbooks which glorify terrorism and peddle anti-Semitism. Incitement by the Palestinian Authority continues to be a major obstacle to achieving our common goal of a negotiated two-state solution. By putting a temporary and partial hold on funding, hopefully Ramallah will understand the message that the EU is serious about fighting incitement and all forms of anti-Semitism.”

“We are extremely concerned that in the new, September 2020 textbooks, changes have still not been made. We were equally concerned that the presentation of the EU interim report of the curriculum used the wrong textbooks, ignored antisemitism and justified terror. Something went very wrong in this research process and must be put right,” he added.

Earlier this year, the Norwegian government, another major donor to the PA, announced that it would withhold half of its funding to Ramallah’s education sector until hate was removed from the textbooks.

Last May, the European Parliament condemned Ramallah’s failure to act against incitement in textbooks and insisted in the 2018 Commission discharge report that the Commission ensures EU funds promote peace and tolerance in Palestinian schools.

Regarding the European Commission’s cooperation with the Georg Eckert Institute, the legislators from four major political groups, including the three largest, said that “in light of the Georg Eckert Institute’s deeply troubling and error-ridden interim review, it is inconceivable that the Institute’s final report, due to be released in December, can possibly reflect a serious and scholarly assessment of the textbooks.”

A recent IMPACT-se report on the updated 2020-21 PA textbooks found that there had been virtually no positive changes made to the curriculum, despite commitments made by the Palestinian Prime Minister and Education Minister that changes would be made.

IMPACT-se is a research and policy institute that monitors and analyzes education. It employs international standards on peace and tolerance as derived from UNESCO declarations and resolutions to determine compliance and to advocate for change when necessary.

The Transatlantic Friends of Israel (TFI), which initiated the letter, is a cross-party friendship group of currently 77 lawmakers from both sides of the Atlantic committed to strengthening the partnership between the United States, Israel, Canada, and Europe.

The PA educational system has repeatedly been accused of poisoning the minds of its students by educating them to hate Israel and Israelis and through terror-promoting messages. The system has been found to use cultural mediums such as school plays, sports events and summer camps for this objective.

In line with this policy, the PA has named at least 28 schools after terrorists and at least three schools after Nazi collaborators. The PA Ministry of Education is directly and solely responsible for naming schools.