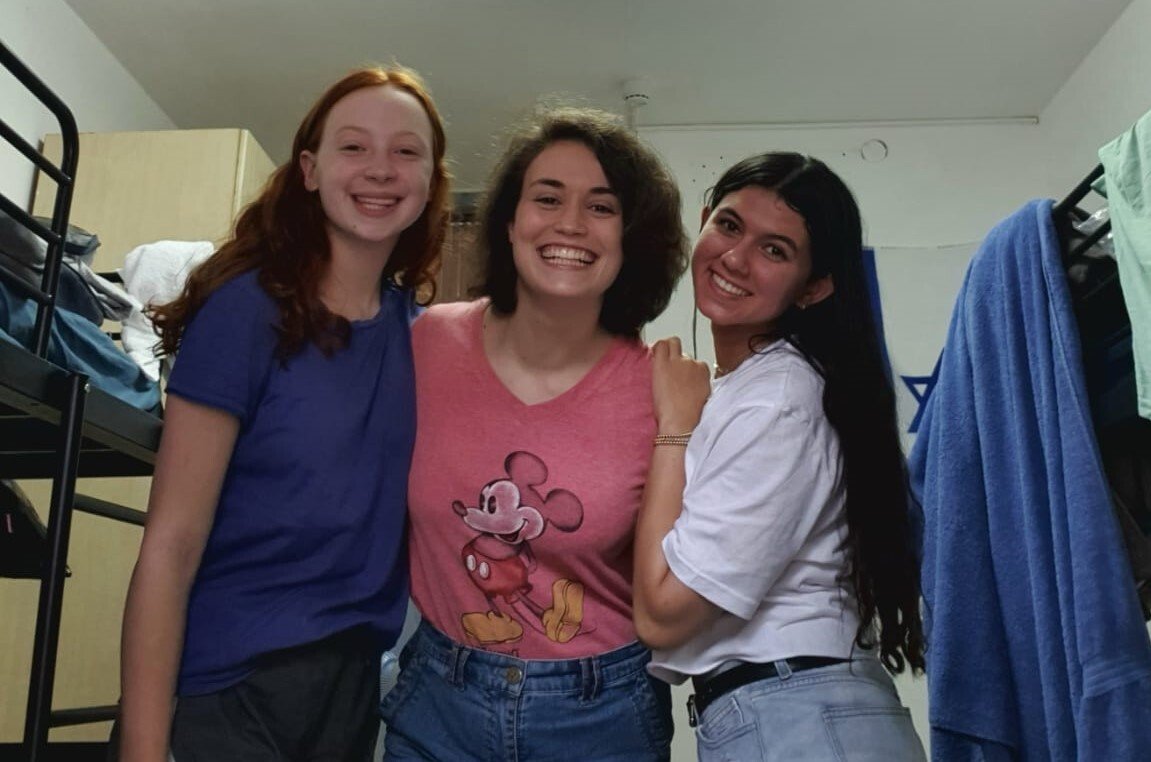 During their two-week quarantine, Kol Ami participants are still learning about Israel, Judaism, and Jewish culture, from their rooms.

Kol Ami is a six-month leardership program, founded by the Jewish Agency for Israel, bringing Jewish diaspora and native Israelis together. The program’s goal is to create young Jewish leaders to impact international Jewish communities.

Kol Ami is attempting to fulfill this mission despite the Coronavirus (COVID-19) pandemic and even while participants are quarantined on the campus.

According to Israeli law, participants coming from “green” countries, or from within Israel, do not need to quarantine. International visitors from “red” countries, however, must quarantine for two weeks upon arrival in Israel.

Kol Ami director, Mimi Lax, told TPS about some of the activities being provided to quarantined participants.

“We put together an amazing educational program that included a few hours of ulpan (Hebrew language lessons) every morning because it’s a good opportunity for them to catch up on Hebrew before they start with the Israelis,” Lax said “We did a lot of other activities, including games, lectures on topics that we feel is important for them to be prepared for, social activities for them to get to know each other.”

Participant Sophie Dauerman, from Vermont in the US, came into the program speaking very little Hebrew and has found the ulpan and other virtual activities to be very helpful.

“I learned so much in the past week,” says Dauerman. “There are video lectures about everything from Israeli current events to history. And that’s been really interesting to learn more before we go on into the program.”

While in their rooms, Kol Ami has provided Israeli food, snacks, and other gifts for the participants. This has helped Norwegian participant Judy Jakubowicz-Klein to immerse herself in Jewish-Israeli culture.

“They gave us Israeli snacks like Bamba. They gave us signs that said ‘welcome to Israel.’ They made us some Israeli food like shakshuka, they also made typical Israeli chicken with rice,” said Jakubowicz-Klein.

The cooking, and much of Kol Ami’s other services, were provided by its councilors or “madrichim.” Dan Boner, one of Kol Ami’s madrichim, told TPS about which virtual activities were most effective and engaging.

“The arts and crafts I really liked,” said Boner. “We did several things with them like making their own room signs or making dream catchers, painting or maybe writing an article for their community or for themselves. Mostly the stuff that they can work with their hands and make something.”

Boner says that there have been some challenges with the quarantine process. The participants are randomly selected to stay together, sharing just a room and a porch to go outside.

“A few of the participants are Norwegian or Dutch. Some are coming from Canada and some come from the United States,” he said. “For example, a Jew from America that came from knowing mostly Reform Judaism, coming and meeting up with a Canadian participant that is practicing Orthodox Judaism from the place he comes from… so the mindsets that can be very, very different, which is a challenge, but it also makes it much more interesting.”

The differences in Jewish experience have proved interesting for Jakubowicz-Klein, whose roommates are from the US.

“The Jewish community in Norway is tiny compared to American Jewish communities,” she said “I feel like it’s kind of nice knowing that we’re not alone in Norway, for instance, almost all my life, I’ve been the only Jewish person in my school in Norway,” she said. “I’ve kind of learned about the American Jewish culture where [my roommates] live and they kind of have learned about the Norwegian culture… so in that way, we kind of connect and learn at the same time, which I find really cool.”

Dauerman, who lives in a separate room from Jakubowicz-Klein, has conversely learned a lot about Nordic-Jewish life from her Swedish and Dutch roommates.

“Vermont has a pretty small Jewish population. But so we have an active synagogue, which I was able to go to. But [my roommate], where she lives in the Netherlands, there’s not an active synagogue. So, she actually has never been to synagogue, even though her dad lives in Israel,” Dauerman said. “So she’s kind of the opposite of me and that she has a much stronger connection to Israel, and I have a much stronger connection to synagogue.”

Kol Ami’s participants will be finishing their quarantine on Monday, September 8th, and Director Lax is planning a special ceremony to celebrate. Jakubowicz-Klein says that while she would rather not be quarantined, it has given her a “taste” of Israel before experiencing the “real thing.”

“I think it’s given us a way of connecting to Israel and adjusting and getting to know Israel in a more chill way,” she said. “In a way, I feel like I kind of slipped into a home, and started to adjust, so I like looking at it that way.”