Israeli Drones Deployed to Save Lives in Arctic Circle 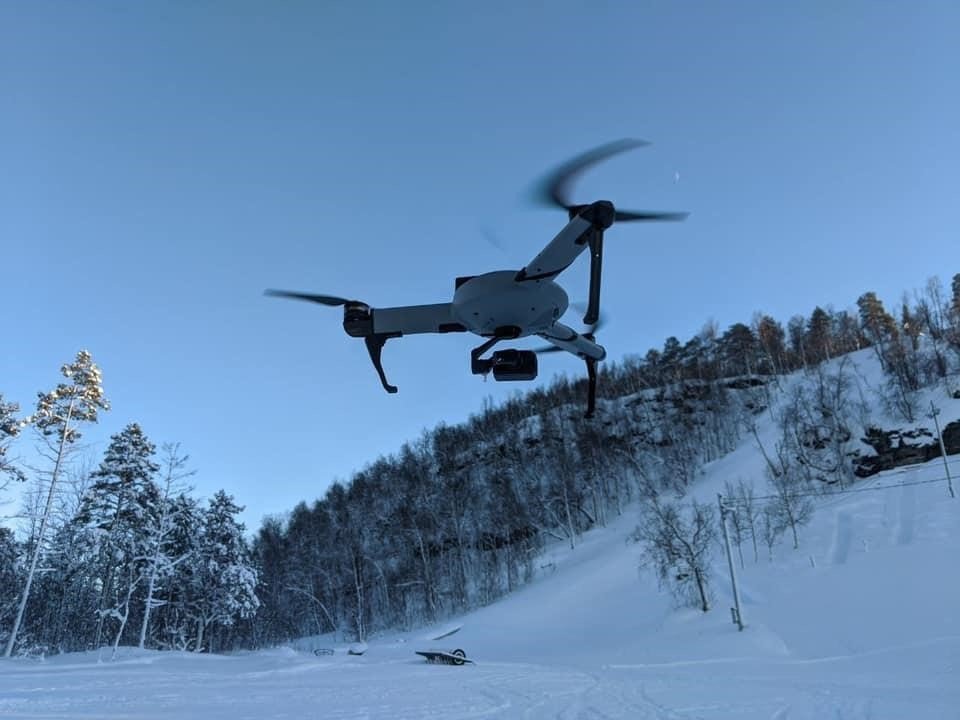 Israeli drones will be used in rescue missions in glaciers and fjords in the Arctic Circle in northern Norway.

The skimmers developed by Atlas Dynamics are equipped with the ability to operate in extremely cold conditions. Over the past year, they have passed flight tests for rescue missions in arctic weather conditions, which were performed by the Norwegian People’s Aid (NPAID), the world’s leading arctic rescue unit.

The drones are designed for reconnaissance and rescue missions in difficult conditions and have a unique aerodynamic structure that allows them long-term flight capabilities.

They are equipped with an artificial intelligence and distributed communication (MESH) system that allows them to operate independently and away from a human operator. They continuously fly over a space cell for hours, identify targets even in difficult conditions, and transmit the information in real-time to the rescue forces.

The Israeli drones will serve the Norwegian rescue unit, which consists of over ten thousand rescuers called for urgent rescue missions. Unit personnel are trained in rescue in arctic expanses, characterized by jagged mountains, glaciers and deep fjords in areas with accessibility difficulties.

Most of the rescue operations are of adventurous hikers who do not properly assess the route or get caught in blizzards and extreme weather, tasks that are currently implemented only by helicopters.

AtlasPRO skimmers will allow rescue crews to quickly scan a wide area of many miles to locate those in need and make the initial contact with them.

The Israeli technology was chosen by the Norwegians after they examined many alternatives, mainly thanks to the sensor system and the ability to operate in freezing conditions.

Atlas and the Norwegian rescue organization intend to develop a number of additional products later this year that will assist in rescue operations this coming winter.

Atlas Dynamics develops and manufactures industrial drones that can be flown in swarms and portable mooring stations that allow for fully autonomous flight.