Israel’s First Ambassador to Romania Celebrated on his 127th Birthday 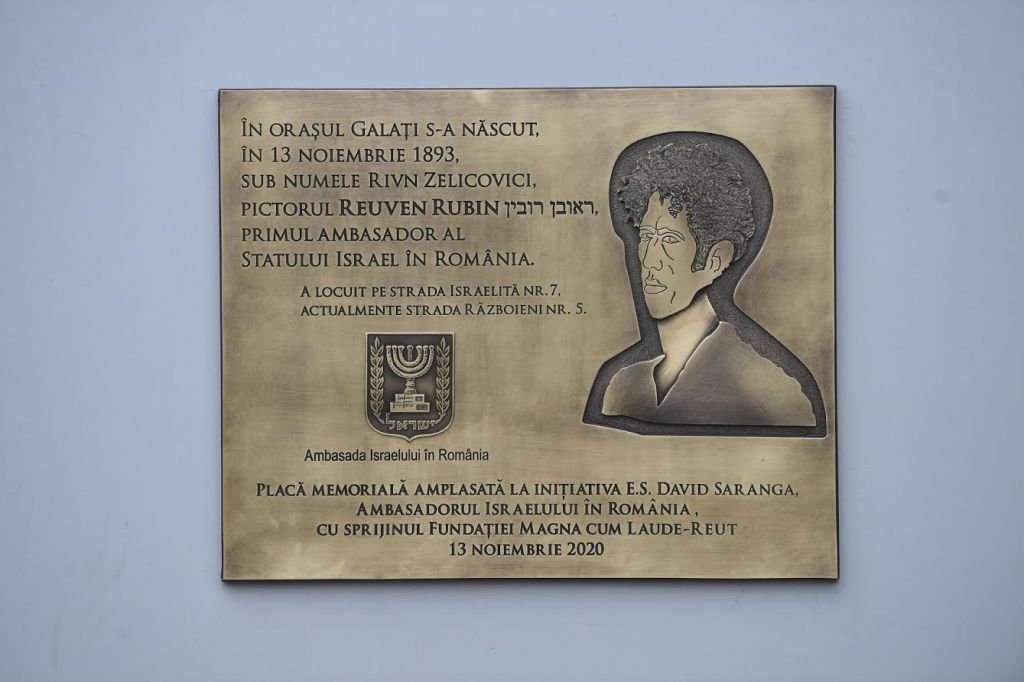 Photo courtesy of the Rubin Museum

A new memorial plaque in the city of Galati, Romania, dedicated to Israel’s first ambassador to the country, the painter Reuven Rubin, was unveiled on Friday by Israeli Ambassador David Saranga.

The ceremony marked Rubin’s 127th birthday. He was born in the city on the Danube.

The memorial plaque was placed on the facade of the Museum of Visual Art in Galati and bears the inscription: ‘In the city of Galati, on November 13, 1893, painter Reuven Rubin was born, under the name Rivn Zelicovici, the first ambassador of the State of Israel to Romania.”

Rubin, Israel’s first ambassador to Romania during the years 1948-1950, was sent to the then-communist country after the Jewish state declared its independence.

TPS spoke to David Rubin, the late ambassador’s son, who shared that his father’s posting in Romania was the “most significant event in his life,” explaining that his father left Romania as a penniless artist and returned as the first Israeli ambassador to the country in which he was born.

David was only five when his father was posted in the country and has no memories of the time. However, he recalls one story that brings him great pride.

He said that one of his father’s primary objective as ambassador was to help Jews make Aliyah (immigrate) to Israel, despite the objection of the Communist authorities.

He decided to attend the synagogue in Bucharest for the Shabbat prayers, to the chagrin of the authorities. During the prayers, the synagogue was surrounded by thousands of Jews who viewed this as a momentous event and saw in Rubin a sort of savior.

Ambassador Saranga described Rubin as “Israel’s greatest painter” who “created a novel current and conception of art in Israel and for this reason he is one of the best known, if not the best know painter in Israel,” Romania’s AGERPRES quoted him as saying.

David did not attend the ceremony due to the Coronavirus.

Speaking on the plaque dedicated to his father, he said he found it moving that the past was being memorialized, and especially when it celebrated the arts, which should not be taken for granted.