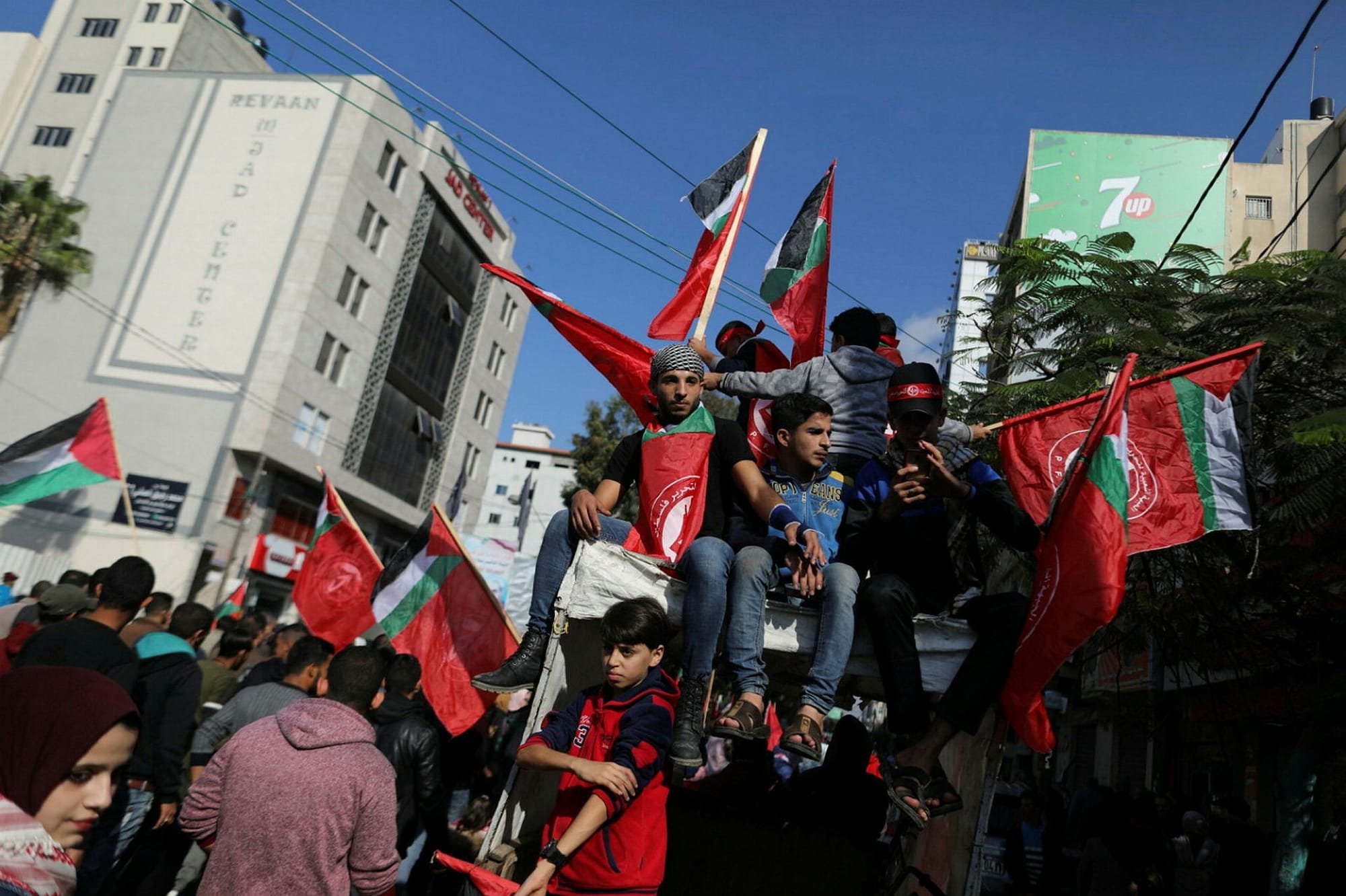 TPS’ exposure of an intricate network of cultural and civilian institutions that is run by activists of Popular Front for the Liberation of Palestine (PFLP) that are directly funded by European countries, has generated calls by advocates and organizations for action.

TPS’ has exposed that five art centers in Jerusalem that have come together and formed a network called Shafaq (Arabic acronym for the Jerusalem Network of Arts, which also means twilight in Arabic) are run by former and present PFLP members, several of them who have served prison terms for acts of terrorism.

Supposedly, Shafaq is occupied with cultural and art activities, community development and youth empowerment, but TPS’ investigation revealed that all these managers and others in Shafaq and its affiliates are members of the PFLP, some are active and some are supporters, and several are members of the BDS boycott organizations.

The Israeli police on Wednesday raided their offices and arrested several of them for tax offenses, money laundering and other economic offenses.

Lt. Col. (res.) Maurice Hirsch, who until recently served as the Head of the Military Prosecution for Judea and Samaria and now represents the Shnerb family, whose daughter Rina was murdered by a PFLP terror cell in August 2019, told TPS that “while various factors in Europe make a distinction between the violent and ostensibly ‘innocent’ activities of terrorist organizations, this differentiation is nothing but a sham.”

“Experience shows that the people at the top of the pyramid of terrorist organizations are involved in both the violent terrorist activity and the so-called ‘innocent’ activity, through which large amounts of money is raised,” he explained. “The money donated to the ‘innocent organizations flows to military activities.”

“This reality became clear with the various people involved in the assassination of the late Rina Shnerb who assumed the persona of by Dr. Jekel and Mr. Hyde. While they presented themselves as activists in organizations promoting human rights, in reality, they were terrorists who planned and carried out a murderous terror attack that killed Rina and seriously injured her father and brother,” he added.

Many of the cell members also served with humanitarian organizations such as Adameer which received full European funding.

He further noted that just a few days ago, there were hearings in the military court in the case of Rina’s murderers. While all the defendants are represented by different lawyers, the figure who hovered over them all was Adv. Sahar Francis, president of the Adameer organization.

“It is not clear what Francis was doing at the hearing at all, since according to the transcript, she does not represent any of the defendants,” Hirsch said.

The Israeli Foreign Ministry told TPS that the state of Israel works relentlessly to ensure that no European funding is transferred to organizations run by terrorists or the terrorist themselves, and several incidents have previously shown that the supposed civilian organizations are used as a cover for support or funding terrorist activities.

NGO Monitor, which specializes in tracking anti-Israel organizations that use the cover of humanitarian activity to hurt Israel, stated that “once again we see the same phenomenon recurring – European money flowing unchecked into civil society organizations linked to terrorist organizations.”

TPS’ investigation “illustrates that the phenomenon also exists in the fields of culture, art and education, as in the field of human rights and humanitarian aid.”

“The link between terrorism, civil society and European funding is known to everyone and unfortunately most countries choose to ignore the facts and figures,” NGO Monitor charged.

The watchdog reiterated its call to European governments and the United Nations agencies to “conduct a comprehensive investigation into how it was decided to grant the funds despite all the findings and evidence of links to terrorism.”

Itamar Marcus, the Director of Palestinian Media Watch (PMW), accused the European Union of being “completely irresponsible in its funding of Palestinian NGOs as well as the Palestinian Authority itself and bears significant responsibility for Palestinian Terror.”

“Until today, there’s no EU restriction that prohibits the PA from passing on European funding to terrorist organizations. Given this oversight in EU laws, the PA continues to fund, via the PLO, terror organizations such as the PFLP and the Al-Aqsa Martyrs Brigades,” he said.

A recent report by Palestinian Media Watch, titled “Two loopholes in EU anti-terror laws and regulations” demonstrates how the PA has given billions of shekels to the PLO, which in turn funds designated EU terror organizations, such as the PFLP.

The Bitchonistim Movement, which is comprised of former senior IDF officers, stated that it supports the police in its activities in eastern Jerusalem “against elements that undermine the sovereignty of a state under the guise of cultural associations and a wide range of other methods.”

“The Israeli government has declared that Jerusalem will remain united forever under Israeli rule” and this declaration “should be backed up by activities to strengthen Israeli sovereignty in the east of the city and to prevent the activities of entities affiliated with the Palestinian Authority,” it added.